Boring VS Trenching: Which Method is Best?

If you need to install underground pipes or wiring on your property, then you will need to first decide which method to use. The two main methods including directional boring, also called horizontal drilling, and trenching. Here are some things to think about so that you can make the right call.

Many contractors prefer the trenching method whenever possible because it uses less equipment. If your construction company has been in business for a while, you probably already have an excavator or can easily rent one from a local construction company. This is a machine that is used commonly for removing large amounts of dirt, rocks, and other debris, and one of the only things needed for trenching. Choose trenching if you already have an excavator and don't want to worry about buying new equipment just for this installation process.

Directional boring is the process of digging underground to install pipes or wiring without having to disturb the Earth's surface. You don't need to first spend time digging a large, narrow hole like with trenching but instead simply need to find the current utilities so you don't hit them, then start drilling parallel to those utilities. As long as your workers have the proper skills and experience, this method can go a lot faster. You will also not have to worry about re-filling the trench with soil afterward, which also adds to the total amount of time spent.

Trenching is Easier to Train Workers In

If your construction company is new to installing pipes underground, then you will need to train your workers regardless of which method you choose. However, directional boring does require some extra skills that your labor contractors might not currently have. The training process is often more complicated as they need to know the right method for finding utilities, using the drilling equipment, and using equipment for actually installing the pipes after drilling. With a trench, you are training them to also look for utilities and to dig the trench, but it can often take less time teaching them how to do it properly.

A major benefit to directional boring is that you won't disturb the soil when digging through it. Trenching has a risk of causing major damage to the soil and surrounding materials, which could cause the foundation to have issues. With directional boring, you are not doing any digging, nor do you have to worry after the after-fill. 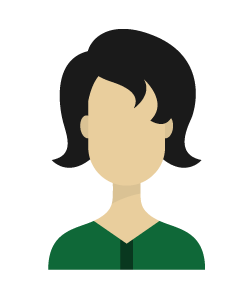 Hello! My name is Brian and this is my new house building blog. For many years, I have dreamt of building my own home. I had a nice house in Perth but there were little things I would like to change about it. For example, I think the hallway is a little narrow and I would like bigger windows in the bedroom. It would also be great to have an extra room to store things. When I inherited some money, I decided to work with some contractors in order to design and build a new home which matches my vision. I learnt a lot doing this and so I decided to start this blog.